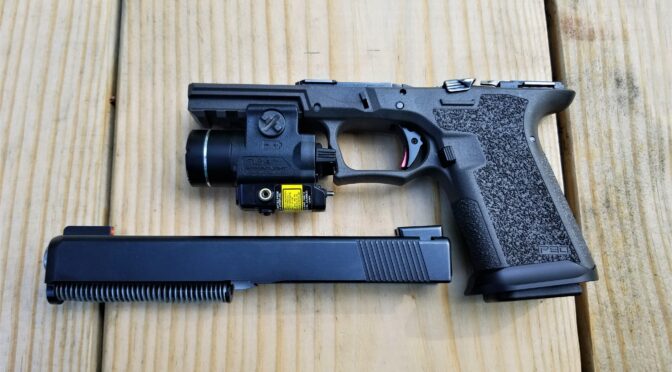 I bought a basic Swenson slide almost two years ago and it’s been solid. Part of what attracted me to it was the beveled nose that allows for easier insertion into a holster. At any rate, I’ve had guys ask me if Swenson slides are any good and my experience has been positive plus from what I have read, most guys find them good. Let me put it this way, if I found a good deal on one to host a RMR optic today, I’d buy it.

The Slide You See

When I first installed it on my first Polymer80 PF940V2 G17, no fitting was needed. However, when I built the PF940CL that it is on now, I did need to use Goodson 400 and then 800 grit lapping compound to get a good fit. Initially there as some binding and now it is just nice and smooth. [Click here if you want to read more tips]

That is the only tuning I’ve need to do. The channel spring liner and all slide parts went in easily and I’ve not had any problems. It’s hosted both it’s current Storm Lake barrel as well as a threaded barrel that I bought from 80P builder with no problem. All in all, it’s worked just fine.

So, if you are hunting for a slide for your Glock or Polymer80 build, take a look at Swenson models. They have quite a few designs to select from now including fancy windows and various optics cuts. Just remember, if you are doing a Polymer80 build, look at slides meant for Glock Gen3 models.

The problem these days is finding them. The whole market is in pandemic shock – either hit with supply chain problems or unprecedented demand for guns, ammp and parts. With that said, I did some searching and see Swenson slides either at Midway USA or on eBay and the following is a real time search of eBay for themL 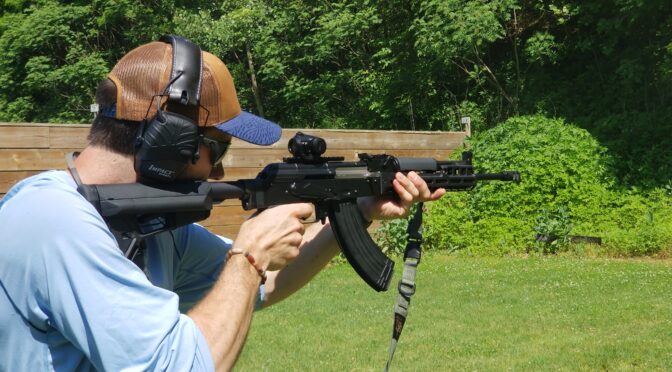 Well folks, we finally had a chance to go to the range for the first time this year. It was a beautiful day and the only shortcoming was that we had a number of rifles and pistols to test and not enough time to shoot a ton of rounds through each. To be honest, we had a blast 🙂

One of the rifles that went was my PSA AK-E. It was the smoothest cycling AK out of the box that I have encountered and I think it’s due to a combination of pretty good fitment and their nickel-boron coating of the bolt and bolt carrier. I’ve written a number of posts about my journey with the AK-E so click here to open a tab/window and see those posts.

We were shooting 124 grain 7.62×39 FMJ ammo by Golden Tiger. This is great ammo and my favorite to use. For AK bulk ammo, it’s relatively accurate, reliable and consistent — notice that I say relatively. It will hold its own with any of the bulk steel case ammo or even do better. I’m not comparing it to hand loads or specialty ammo.

I wish I could tell you that we shot hundreds of rounds but there just wasn’t time. We shot three mags through it – 90 rounds and did not have one problem. Yeah, it’s not many rounds but I figured some of you would like an update and I’ll post again after the next range trip.

When we were done, I did take the rifle apart and did not see anything concerning. So, I definitely want to shoot it more and the rifle is off to a good start. 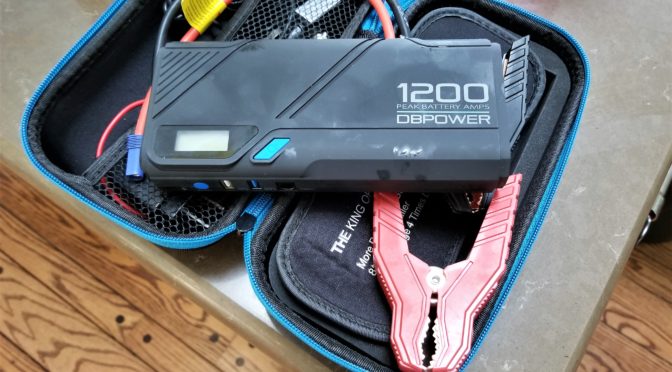 In August 2016 I bought a DBPower 400A DJS10 Peak jump starter amd found it handy. At the end of August 2018, I bought two of the bigger 1200A portable jump starters. I was busy and the units sat until some time in November when I tried to charge them. One was dead on arrival and would not charge no matter what method I tried (USB or their supplied charger). I contacted the seller and they were cool about immediately shipping a replacement. I charged it no problem and put both in our cars as a “just in case” measure.4

So, fast forward to February 1, 2019. Michigan was in the grips of an arctic freeze with ambient temperatures ranging from -8 to -12F and windchills under -20F. It was this way for two days. On the first, I went to start my wife’s Camry for the first time in several weeks and the starter could barely turn a few times before the solenoid clicked. The battery read 11.17 volts.

I thought myself lucky that I had the foresight to buy the batteries as I would not have to move my truck around to jump start it or run an extension cord out to use one of my Noco Genius chargers. The DBPower unit had been in the car and it was about +9F at the time. The whole point of these things is to store them in the car, right? It was fully charged when I put it in there.

Guess what? The DBPower read “Lo” voltage on the LED display when I turned it on and tried to charge the battery. It didn’t help the cart start at all. I was pissed. These things were $72.99/each. I felt like I had wasted a ton of money on junk. That is not a good feeling.

So, I decided to run an extension cord from my shop and hooked up my big Noco Genius G2600 charger to the battery and set it to the 30 amp quick charge setting that runs for five minutes.

This time around, the story ends a lot better – the car started right up. My wife used her car to run errands and I let it charge all last night with the normal charging cycle on the Noco.

4/16/19 Now, DBPower did make things right and replace both units and told me I have to charge the units every two months to have reliable power. If you open a unit up, you will find out they have Lithium Polymer (LiPo) power cells. These can hold a big charge and discharge quickly but they lose the charge as they sit – typically in about two months.

12/6/19 update- still working just fine as long as I keep them charged.

12/21/19 – pulled one out of our van. It’s been there since probably Labor day and the battery is at zero. I’m charging it now. What I am finding with these things is the you need to top them off every 2-3 months. The Noco charger holds a charge far longer than the DBPower unit. I charged the Noco early on the summer and it’s between 50 and 75% right now according to its status LEDs.

7/14/20 – Have now thrown away two units because they don’t buy a charge. Seriously, do not buy a DB Power unit and buy a Noco jumpstarter instead. My Noco holds a charge and has had zero problems.