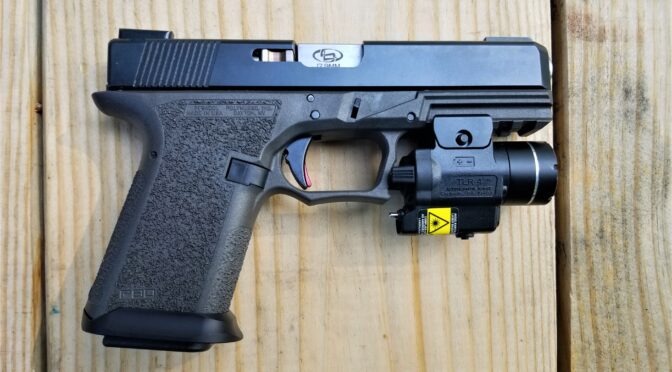 I recently built a Polymer80 PF940CL – their compact long model. This is an interesting variant because it is a their Glock 19 grip but built to use the longer Glock 17 barrel. I had a threaded barrel I could have used but opted to get one of the Storm Lake model 34000 barrels after doing some digging around on their quality. I’m impressed and figured it made since to share a quick review with you.

Storm Lake barrels are made in Tennessee. While not everyone may know their name, they’ve been around since 1983 and sell barrels for 1911s, Glock, Springfield XLs and S&W M&Ps.

Their barrels are made from 416 stainless steel, are hardened to 40-42 HRC and rifling is 1:16LH. The rifling is broach cut to support both jacketed and lead bullets.

The 34000 is a 9mm 4.49″ long barrel with no ports that weights 0.30 pounds. I don’t plan on running a suppressor or a compensator so there was no real reason to have threading especially if I ever carry it.

All in all, I have nothing negative to say. I am not some super duper target shooter. It’s accurate enough for me under 25 yards and I’ve not had any problems. Now part of that is the build and the magazines too but again, no problems!

I have no hesitation recommending Stormlake barrels. Best of all, I think they are very affordable and show that you don’t always have to spend a fortune to get good quality.

The best selection and prices are actually on eBay. The following are items live on eBay for the G17, 19 and 34 plus other models so just scroll down: 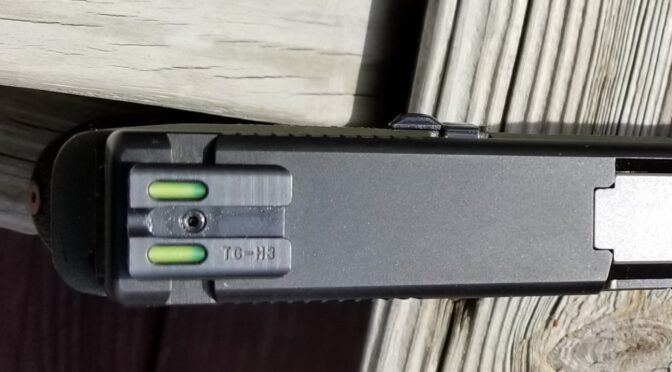 The factory sights on Glocks leave a lot to be desired in my opinion. I like fiber optic sights but also want sights that generate their own light at night. Fortunitely, TruGlo has upgrade sights for Glocks that can do just that. They are the TFX Pro model sights.

The fiber optics use daylight and are very nicely visible. I know there is a trend for red dot optics on pistols but I would rather opt for simplicity. The other really nice thing about these sights is that they use tritium to generate their own light at night – some sights make you charge them with a flashlight but not these. The only issue to bear in mind is that the Tritium isotopes with flouresce for about 10 years and then be dead. My thinking is that is a loooonnnngggg time from now plus it just would affect the night use at that time.

So, let’s get to it, Installation has two discrete steps – replacing the back sight and then the front sight. Both of these can be done by most home gunsmiths because the Glock design is pretty forgiving. Some pistols require a top notch MGW sight pusher to be removed but not the Glocks. The below is based on my experience installing these sights both on my Polymer 80 based Glock 17 and 34 Gen 3 compatible pistols.

I’m kind of like Tim The Toolman Taylor, if you remember the show Home Improvement. I like tools and don”t need much an excuse to buy one in order to try and do the job the right way. When it comes to the rear sight, some guys use a 3/9″ piece of Delrin or wood dowel to tap the old sight out. Because of my hand tremor, that’s risky for me so I looked into sight pushers and decided to go with the Wheeler Engineering Armorer’s Handgun Sight Tool.

For the front sight, a dedicated Glock front sight tool can make the job a ton easier because they are shallow and have a magnet that will hold the tiny screw in position while you get it started. A regular nut driver is too deep and the tiny screw will fall into it vs. being held nicely in position.

You will need some medium Loc-Tite to secure the front sight screw.

Tape to wrap the slide and protect it is a recommended. I use painter’s tape.

When you want to customize your Polymer80 or Glock, or you need replacement parts, there are a number of solid vendors you can go to:

Those are all reputable vendors and aren’t going to sell you inferior counterfeit products.

I really like the TruGlo TFX Pro sights. They are very visible both during the day due to the fiber optics and at night due to the Tritium. They were well worth the investment. I hope this helps you out. 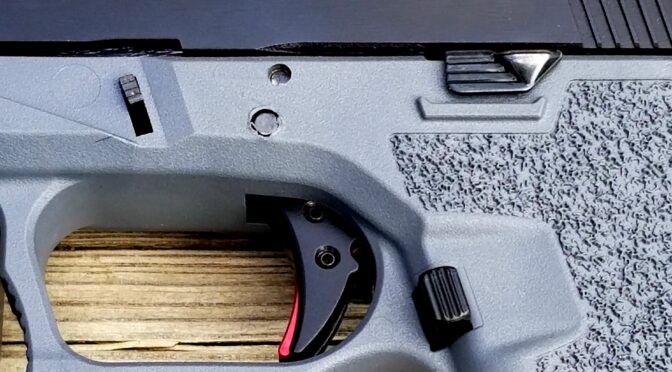 I am learning a great deal about Glocks via the Polymer80 frame based Gen 3 model 17 and 34 pistols I built. In working with the pistols, I found there are three upgrades that were required immediately for me to more readily operate the pistols. Anybody can do these three – replace the slide stop, slide release lever and the magazine release. Fortunately they are relatively inexpensive so let’s step through each in this post.

Okay, when I started the Glock 34 compatible pistol using the Polymer80 PF940v2 frame, I had never really stripped a Glock before. As soon as I was working with the slide I absolutely hated the barely protruding OEM Glock slide lock lever. Because of my carpal tunnel and years of abusing my hands, I could barely feel the blasted thing let along get enough grip to easily pull it down. Seriously – I hate that little part. It turns out that I’m not alone. A ton of groups make a replacement unit and they just make the slide stop a hair longer and it makes all the difference in the world.

This will take about five minutes. Procedure:

The Glock 17 has one of the worst slide releases I have ever felt. It’s a vertical tab that gives you virtually no surface to really push down on. Now, the 34 came with an extended release and that’s where I learned that it is a way better design than what the 17 has. A ton of vendors make and sell their versions. I just bought and installed a Glock 34 slide release on my 17. If you’re keeping count, this means the 34 really on has two upgrades I would recommend as it already has the improved slide release.

The first slide release I tried to do was a pain and took probably 15-30 minutes as I tried to figure things out I’d not seen a Glock’s insides before first hand. The second one took about 10-15 minutes and the third time (when I actually replaced the 17’s slide release lever with the 34 model), it probably took me about 5-10 minutes. In short, there is a learning curve.

The other issue I found was that the OEM Glock magazine release was too short for me to easily reach forward with my thumb and drop the mag. Again, found I was in good company because a ton of other people feel the same way. Now, I opted for the Tango Down Vickers extended magazine release because it just sticks out maybe an extra millimeter or so and it makes a huge difference. Some other magazine releases are really only suited for competition because they are easily bumped and the mag released.

This is another quick and easy one. I did it one with a screw driver, once with needle nosed pliers and once with curved hemostats. All three work but I think the curved hemostat is easiest.

This will take about five minutes. Procedure:

When you want to customize your Polymer80 or Glock, or you need replacement parts, there are a number of solid vendors you can go to:

Those are all reputable vendors and aren’t going to sell you inferior counterfeit products.

I hope this helps you out. I find my two pistols a lot more manageable with the above upgrades and well worth it.