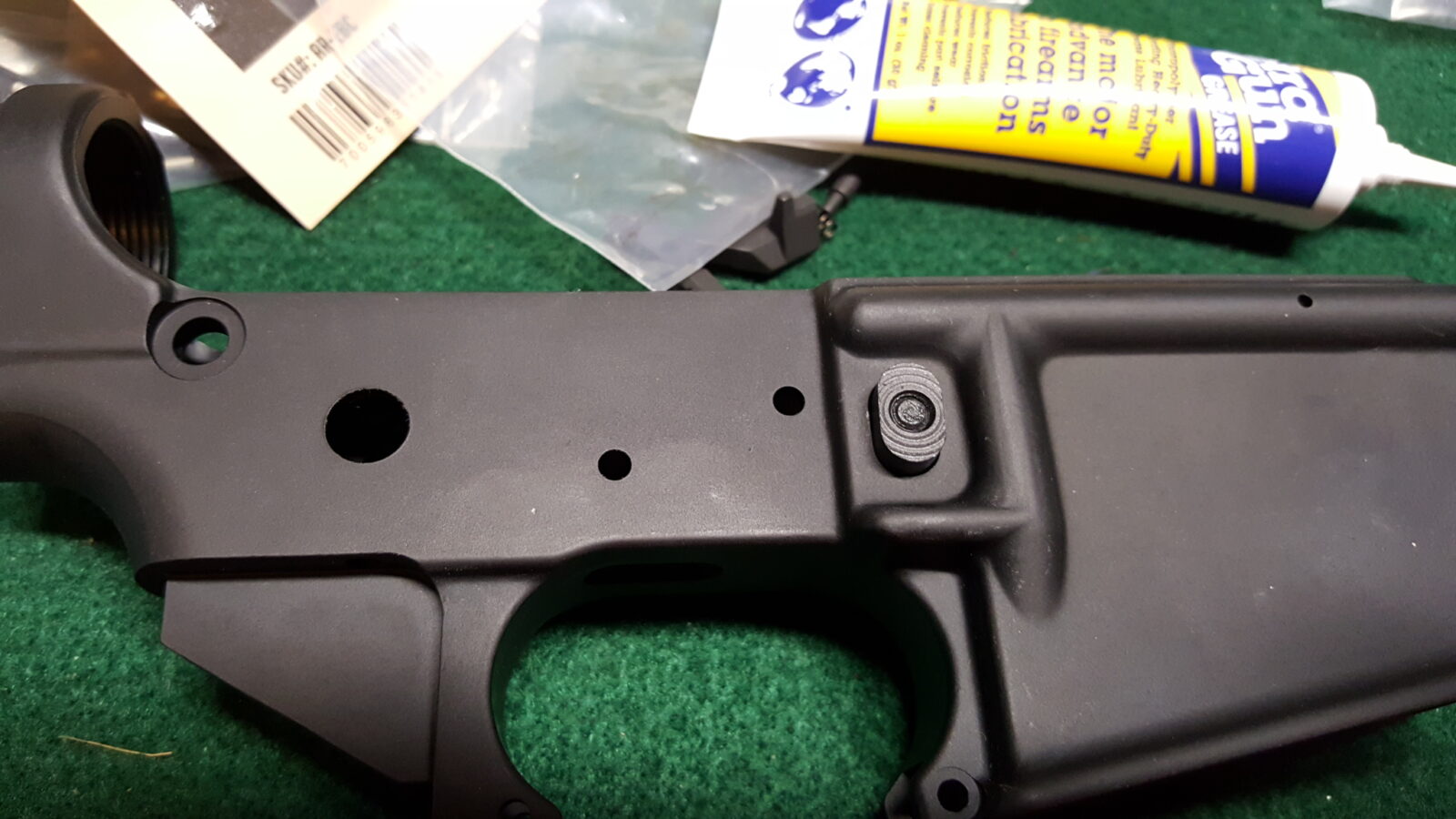 Just a quick note – when you get a bare receiver, you are literally getting a chunk of aluminum with nothing installed.  I really like Palmetto State Armory (PSA) lower build kits and they sell them with different types of components such as just the basics for rifles, for pistols, Magpul furniture, etc.  What I like is that the machining is very good and I think they have some of the best Mil-Spec basic triggers that aren’t gritty.  I’ve used Anderson and other brands of build kits and just think the PSA kits are superior.  Bear in mind that I say this as a customer – nobody paid me to tell you this. 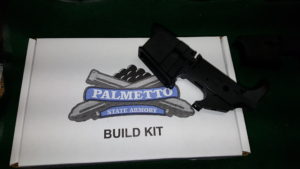 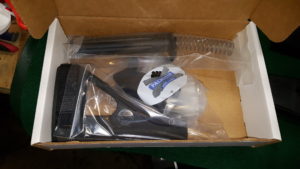 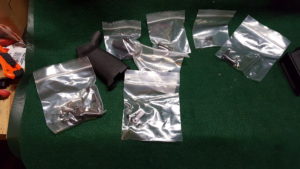 With that said, let’s start building.  You’ll notice on any AR magazine on the right side there is a rectangular notch.  This is where the magazine catch engages to hold it in place.  Okay, so the first step is to install the magazine catch assembly.  It’s made up of the “L” shaped catch itself, the mag catch spring and the magazine button. 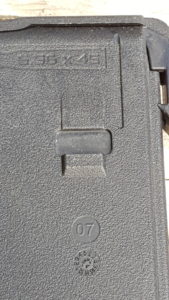 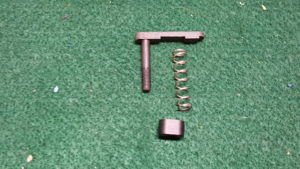 Now I grease everything that slides with Tetra Gun Grease.  Tetra has worked well for me but I also know guys who use all kinds of greases.  As a rule of thumb, if it slides, apply grease.  It it rotates  then apply oil.  So grease the shaft and insert it into the round hole on the right end of the recessed area for it on the right side of the receiver.  Note, be careful when installing the catch or you may scratch your receiver. 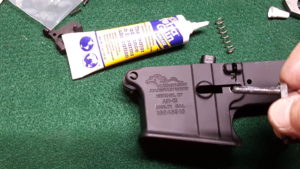 When you turn it over you will see the threaded end of the shaft and you put the spring down over it. 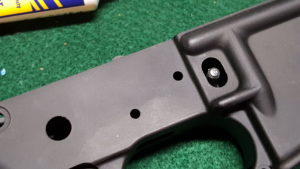 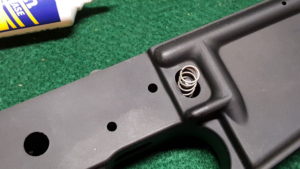 Next, you will screw the magazine button onto the threaded shaft.  Before you do, look at the button.  You should see that one end is smooth (that is the bottom) and the other has grooves (that is the top).  Carefully start screwing the button on but stop before you get near the receiver so you don’t scratch anything. Push the button in, and then turn the long lever arm to continue threading the shaft into the button.  Now stop before the lever arm scratches the receiver. 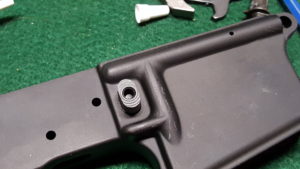 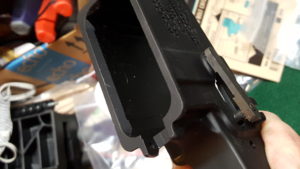 To screw the catch in the rest of the way you need to push the bullet button in all the way so the catch sticks out as far as it can on the other side so the lever arm can clear the parts of the receiver as the button is screwed on.  At this point, I use a small pusher tool made from plastic to push the button in even further so I can keep turning the lever arm until the screw is relatively flush with the top of the button.  Note, before I had the tool I would use a wood dowel.  Just use something non-metallic to protect the finish.  There is a model of the tool shaped just like the oval button but I don’t know where mine went so I used a takedown tool and got the job done 🙂 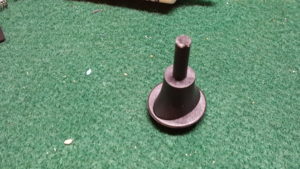 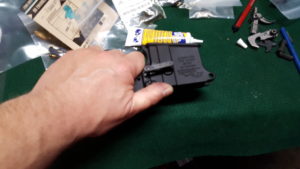 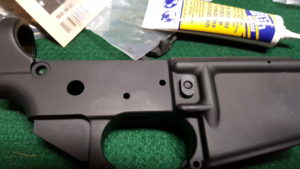 The catch is now installed.  To function test, push the magazine button.  You should feel spring resistance and see the magazine catch’s lever arm push out.  When you ease off the button, the lever arm should smoothly go back into place.