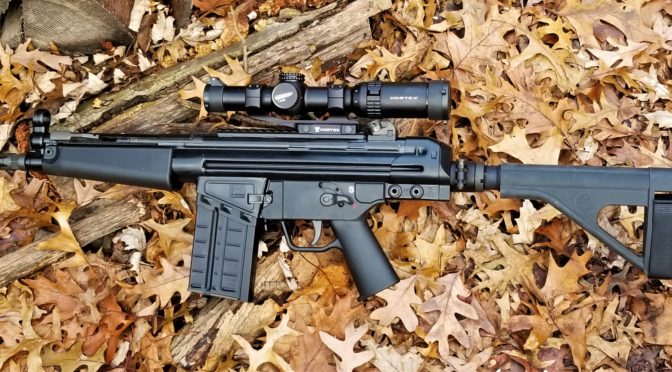 The last step in preparation for my first trip to the range was to clean and lubricate the PTR PDWR.   One thing I learned with my for PTR was that proper lubrication makes a world of difference and I could tell in working the PDWR that it definitely need lubricating so here’s what I did.

If you have any questions about field stripping, watch this video:

Also, if you need any parts diagrams or more detailed questions, be sure to read the HK G3 Armorer’s Manual.

In general, you know you need to lubricate all moving parts of the firearm such as the trigger and bolt.  So let’s start with the trigger.

I employ a very old rule of thumb – If it slides, grease it.  If it rotates, oil it.  That simple rule has helped me take care of a ton of rifles and pistols over the years and can help you too.  [Click here for more on lubricating a firearm in general]

I used a small squeeze bottle filled with Mobil 1 Full Synthetic 5W-30 to reach in and lubricate all places where a part rotated on a pin.  I then worked the various parts of the trigger pack to make sure the oil go to where it needed to go.I used Tetra Gun Grease to liberally coat the top of the hammer. 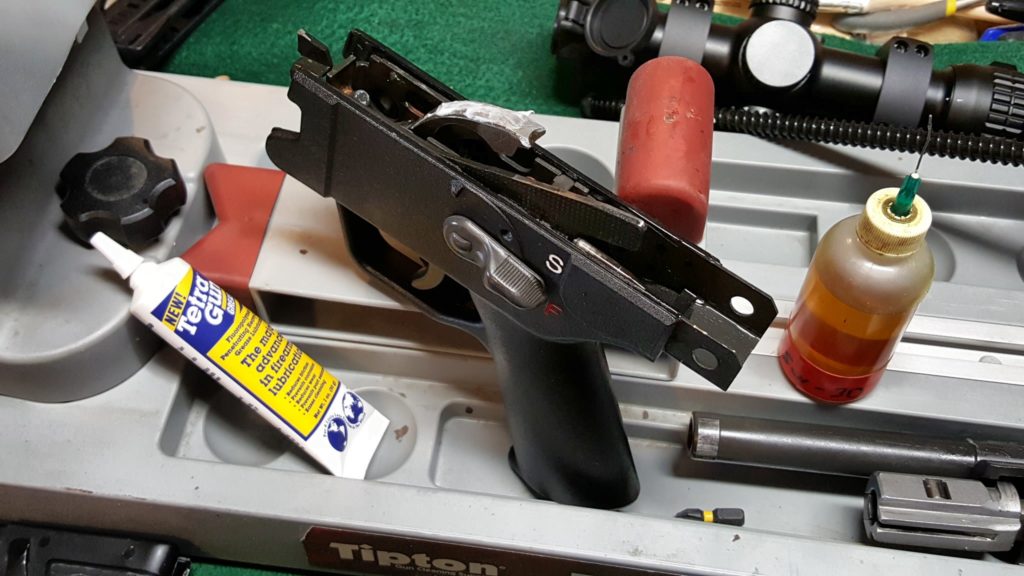 Now the HK bolt assembly is involved and the following is a diagram from the HK G3 Armorer’s Manual: 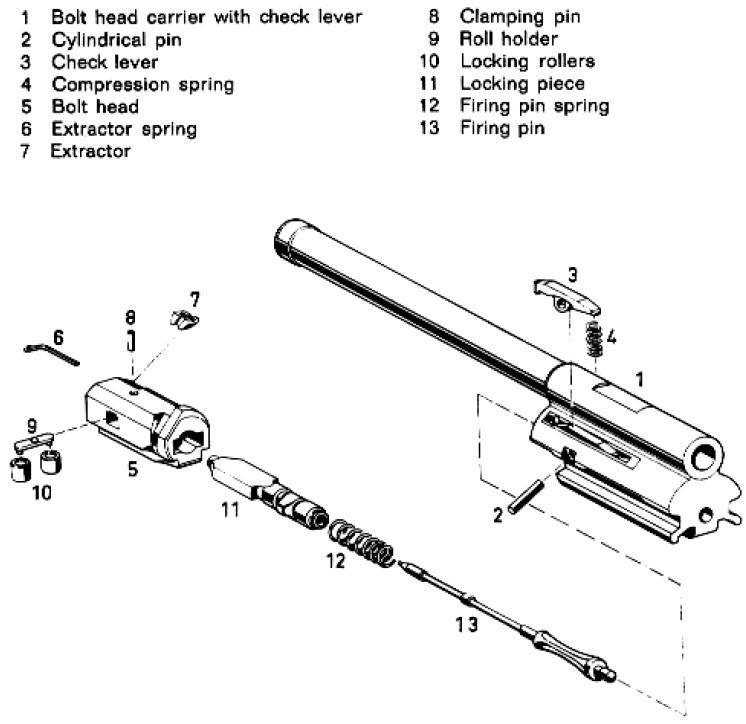 In short, I oiled all of the internals but did not fully disassemble the bolt.  I put the assembly into a non-marring vise, twisted the bolt head off and then reached in with the squeeze bottle to lubricate the rollers, locking piece, firing pin, etc. 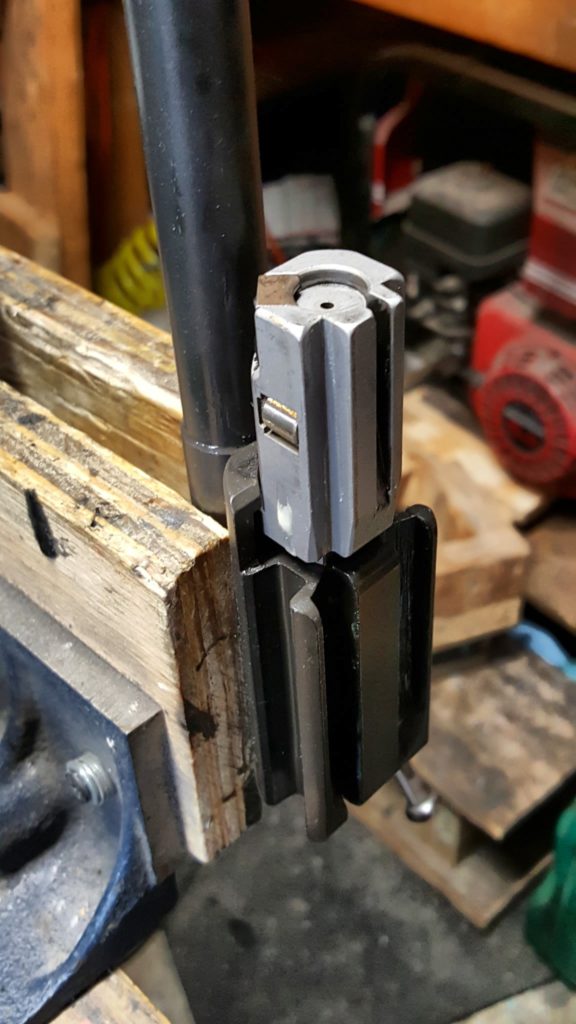 After that I applied a thin coat of Tetra Grease to the bolt carrier body and put more on the bottom and sides of the bolt where it would be making contact with the receiver and riding over the hammer.

One thing I always do before heading to the range is to clean the barrel.  If you look down in most, you will see varying levels of crud ranging from oil to dust to stuff left over from machining.  In the case of the PDWR, the barrel looked pretty good but I still wanted to clean it.

Over the years I have tried all kinds of different approaches to cleaning barrels.  The fast and easy one I use now on non-precision firearms that just need a touch up is a bore snake.   These things are caliber specific and give you everything you need in an “all in one approach”.  I spray CLP on the snake and down the barrel then I drop the weighted cord down the barrel and pull the snake on through.  I repeat this until the bore is shiny bright.

Note, there are a ton of brands including cheap generic imports.  I’ve used Hoppes and Sage & Braker brands with no problems at all.

At this point the PDWR was ready for the range.  The action felt and sounded good. 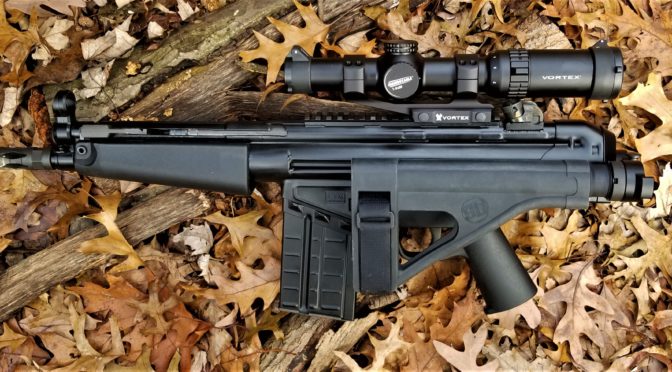 Okay, when I received the PTR PDWR I did a quick inspection and noticed two small problems that needed fixing.  I’m a bit disappointed that PTR quality control did not catch these two items but they are small issues.

First, the front sight blade was bent sideways – to canted, bent.  I’m not sure how this happened but thankfully the HK-style hooded sight uses a sheet metal insert for the front post.  The following illustration is from the HK G3 Armorer’s Manual:

I figured the easiest thing to try was to simply reach in with pliers with padded jaws and see if I could simply bend it to the right to straighten it.  Out came my purple art pliers 🙂  I literally bought these things back in 2013 for some kind of work that required padded jaws.  I don’t recall what and as odd as they look, they have held up to light use.  My only complaint is that the nylon jaw covers can slide off under very much stress but that was not an issue here at all.

They actually fit perfectly and I was able to bend the sight post straight.  Plan B would be to take a pair of needle nose pliers and slide rubber fuel line hose over the jaws.  My one concern would be whether the relatively thin jaws could adequately support the post during bending.  The art pliers below fit and did the job perfectly.

Fixing a Bur on the Cocking Lever Tube

The second problem I needed to fix was a steel bur on the tip of the cocking handle catch.  It bugged me every time my hand hit it and should not have been there.  Here it is in the next photo – sharp and pointing out.

From years of experience, I knew the pistol needed to be field stripped first otherwise the resulting debris would be messing with the action.    The following is a good video on what to do:

In terms of the repair itself, first, I reached in with a Dremel using a small medium grit sanding drum and the tool on slow speed to knock down the sharp irregular edge from the inside.  Take your time – remove a little and look.  Your goal is always to remove as little material as possible.  As the old saying goes, it is easier to take more off than try and put it back on 🙂

In the next photo, you can see the “point” has been sanded down but there is still material on the surface:

Next, I used a 120 grit small flap sander in my bench mounted rotary tool to sand down that lip.  I could have used my Dremel but I use the little flap sander attachment so much that I routinely leave it in my bench tool.

Again, the trick is to go slow and take your time.  After that, I used compressed air to blow out the tube and receiver and then used carb cleaner spray to “wash out” anything that might have stuck and blew it out one last time.  The bur was gone and now it was on to lubricating the weapon.

(Note, that last photo above has the bolt back in when I was testing it later). 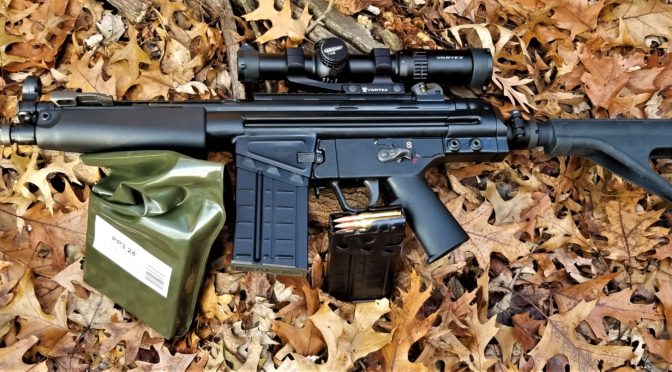 I really prefer an optic on my firearms at this point.  The PTR PDWR is a relative short range pistol so I figure post of my shots will be within 100 yards.  It could certainly shoot further but, based on what I have read so far, the accuracy goes down hill fast.

While some might consider a red dot, I opted for a true 1-6×24 Vortex Strike Eagle scope that has a 30mm tube.  Now, I have to admit that I have become a bit of a scope snob over the years.  I’ve destroyed cheap scopes, suffered with dark images, short eye relief and what not.  About four to five years ago I happened upon Vortex and they have been my go to brand ever since – not only is the quality there but they back it up with a no-nonsense warranty.

Folks, I’ve owned probably at least a dozen Vortex scopes and red dots.  I still have six that are on firearms that I plan to keep.  I have had zero problems – not one.  Not out of the box and not over time.   I probably will some day – stuff happens.  I’ve talked to other guys who broke their scopes (literally) or had problems and sent them in with Vortex taking care of them no questions asked.  That says a lot.

So, that brings us to the scope.  The Strike Eagle is a decent entry-level AR scope with an illuminated reticle.  I bought this scope about a year ago for a project that didn’t happen and it has been sitting on the shelf.  The good news is that Vortex now also has a 1-8×24 model.

I used to use cheap import cantilever scope mounts but have since stopped due to screws stripping out and easily scratched finishes.  I now use Vortex mounts pretty much exclusively now as well.  I know I sound like a salesman but I really like their stuff.

The ring caps are secured by screws that have heads for #8 Torx bits.  They go into steel threaded inserts for added strength – you will not find steel inserts in cheap mounts by the way.  At any rate, lets begin.

Safety First:  Make sure your weapon is unloaded!

As you can see in the above photo, I located the mount on the PDWR’s Picatinny optics rail a few grooves forward of the rear sight.  It was a bit of an arbitrary point.  I know I usually am near the rear plus on my past HK-style weapons I knew I might have to work around the rear sight.

I removed the ring caps using a #8 Torx bit from my Weaver screw driver set and put them in a magnetic parts tray.  I have lost little parts in the past so I am a bit paranoid now.  I use my DeWalt cordless screwdriver to do the removal work as the twisting motion of a screw driver really messes with my carpal tunnel.

Next, I place the scope on the rings and the very first thing I check is the clearance over the rear sight.  In this case you can see the scope clears it.  Years ago with my first rifle, a GSG-522, I scratched a scope by not checking that before I started screwing down the rings.

I then shoulder the rifle and move the scope forward and backward until I get the proper eye relief.  You want to be able to pull the weapon up quickly and see through the whole scope vs. having to move your head around to get a good sight picture.

Also, I true the scope left to right.  If I were doing a precision rifle, I would do it differently but with the PDWR, I eyeballed the reticle relative to the position of the rifle to level the scope and then tightened down the ring caps.  I like to carefully take them down snug all the way around and then set the torque at 18 inch pounds with a Wheeler Fat Wrench – note that Fat Wrench does not have a clear 18 in/lbs setting so I try to get it close.

Once you are set, you also need to torque down the mount’s rail attachment screws to 65 inch pounds.

I was taught to never store a torque wrench under load so once I was done, I then adjusted the Fat Wrench back to zero.

At that point you are done.  While setting up the optic and installing the brace, I noticed some tuning was needed and that will be the next blog post.